The Arduino Wiznet Ethernet W5100 Shield allows an Arduino board to connect to the internet. It is based on the Wiznet W5100 ethernet chip providing a network (IP) stack capable of both TCP and UDP. The Arduino Ethernet Shield supports up to four simultaneous socket connections.

The onboard micro-SD card slot can store files for serving over the network. It is compatible with Arduino Uno and Mega (using the Ethernet library). You can access the onboard SD card slot using the SD library, which is included in the current Arduino build.

Note that because the W5100 and SD card shares the SPI bus, only one can be active simultaneously. If you are using both peripherals in your program, this should be taken care of by the corresponding libraries. If you're not using one of the peripherals in your program, however, you'll need to deselect it explicitly. To do this with the SD card, set pin 4 as an output and write a high. For the W5100, set digital pin 10 as a high output.

The shield provides a standard RJ45 ethernet jack. Requires an Arduino Board (not included)

Compatible with the Arduino line of products. Trademark registrations throughout the world for ARDUINO or Arduino® are owned by: Arduino AG and Arduino SA. 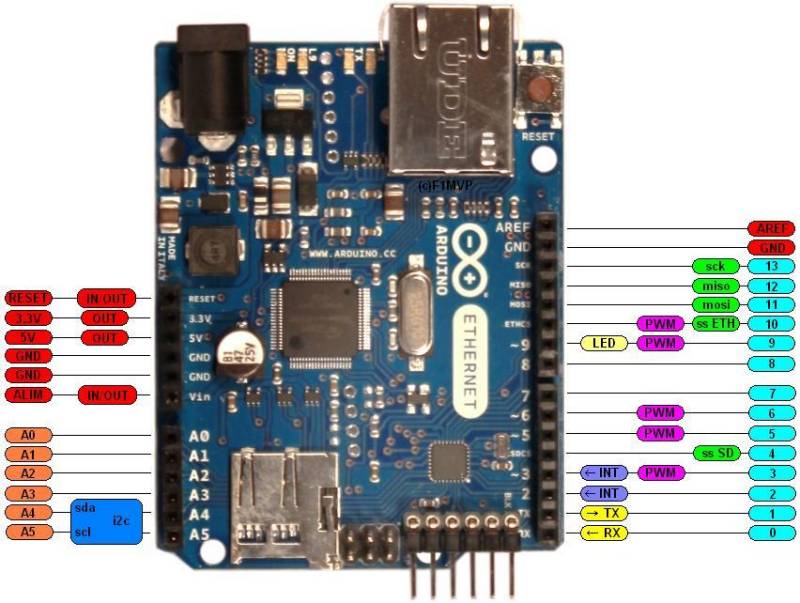